The next day we took a trip to see Tonle Sap, the largest fresh water lake in South East Asia.  The lake has an interesting and complex hydrogeological system; during the rainy season the Mekong river will drain toward the lake raising water levels in the lake until the rains subside.  Once the dry season sets in the river reverses direction and water drains from the lake out toward the Mekong Delta.  The lake is well known as a healthy fishery and has sustained the populations on its lake shore for thousands of years, probably one of the reasons that civilization around Angkor Wat was so successful.

Mr. Lucky took us to the dock where we boarded a boat and went down the Siem Reap River to the where we boarded our boat, a rather large wooden boat with a huge motor and a rope pulley system to steer the boat.  We traveled through stilt village out to the open lake where we boarded two smaller boats for a quick ride through the marshy areas near the shore line.  I was interesting to see the fishermen and all their various nets and boats.  We finished our time on boat and had lunch before heading home. 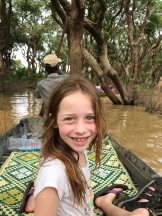 The next day we went back to Angkor Wat to do the outer loop, we visited Banteay Srei, a temple with some of the most intricate and intact carvings due to being lost in the jungle for over a thousand years.  It is also very far from Angkor Wat as we found out.  It was worth the drive though. 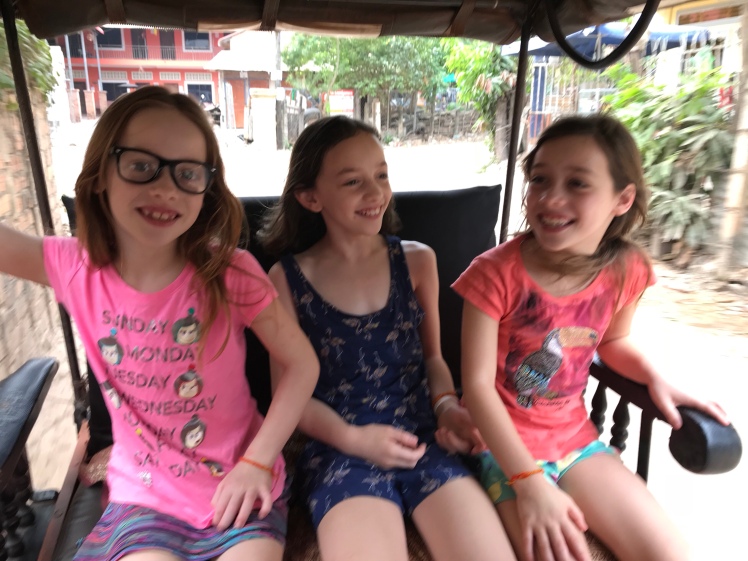 Our next temple was Wat Preah Dak a sprawling temple complex with more of the large trees growing in it as well as interesting alters. 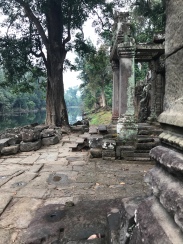 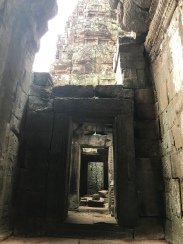 Our last Wat was Prae Roup a really tall temple with large spires where you could climb to the top.  After these last two temples we were pretty tired so we went home and hopped into the pool. 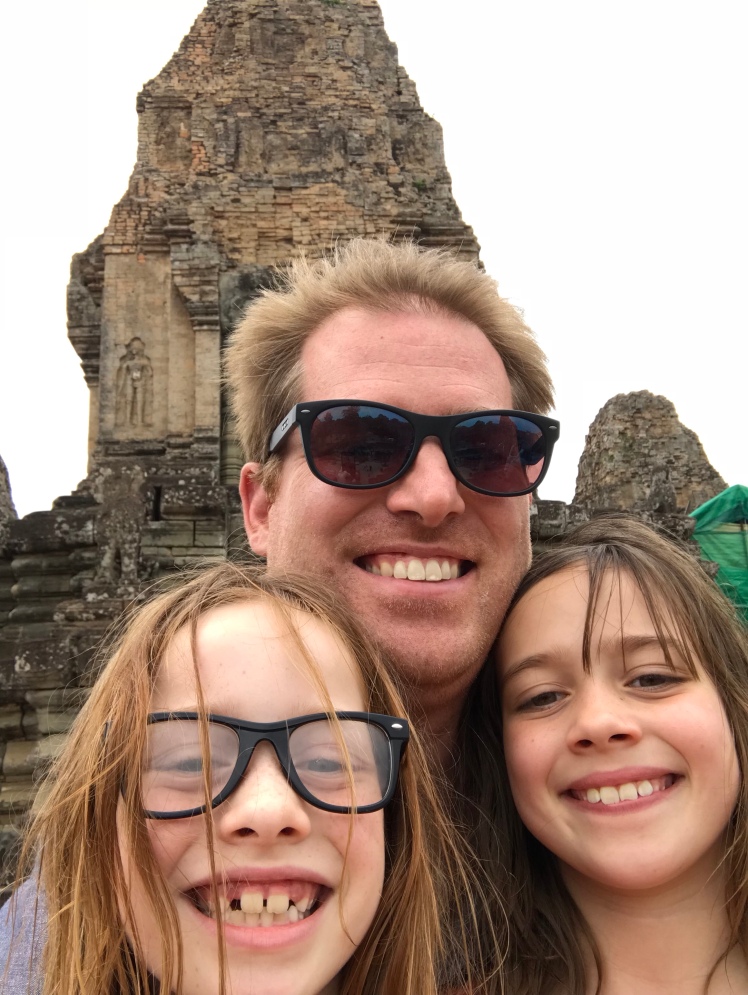 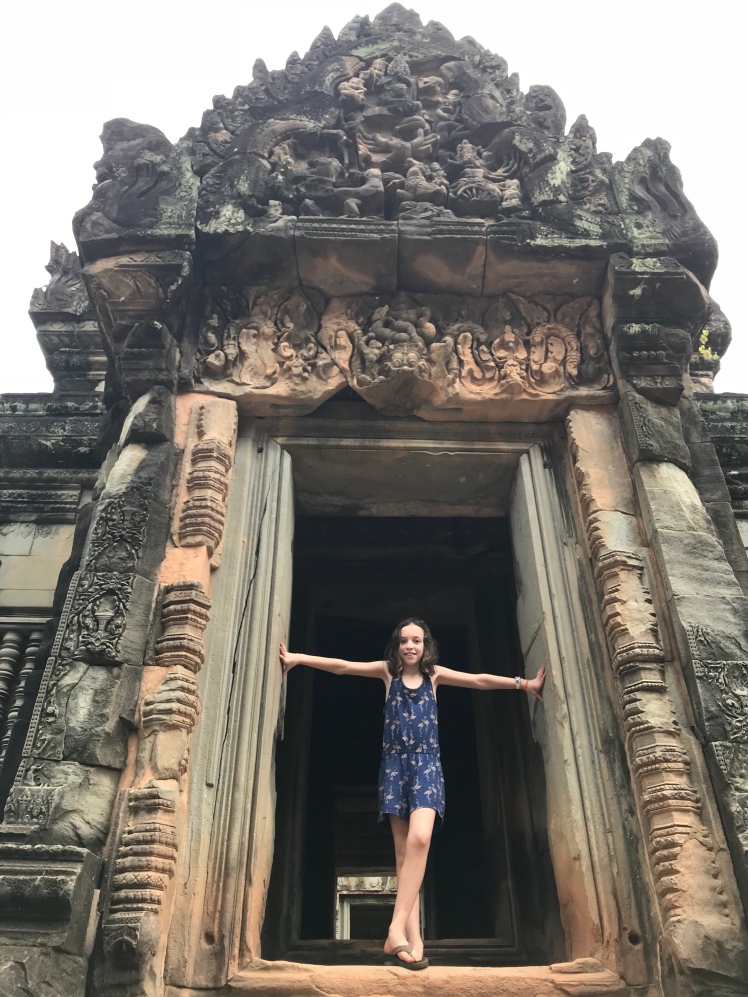 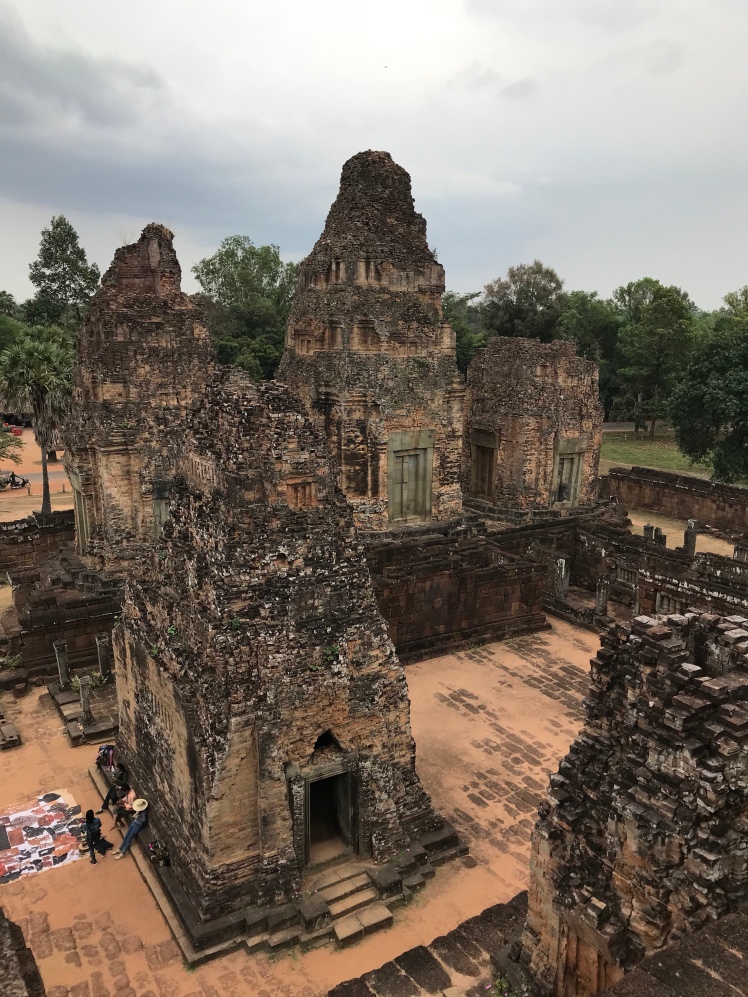 Our last day in Siem Reap we caught up on school and played in the pool and relaxed and recovered.  We caught a flight to the Cambodian islands near Sihanoukville the next day.

One thought on “Tonle Sap and more Angkor Wat”