After fixing the tire in El Bolson we sped out of town, it was a short trip to San Carlos de Bariloche which is the center of the Argentine Lakes region.  The town is well known for it’s chocolate and didn’t disappoint, we promised the girls that there would be chocolate shops on every corner, so driving into town they crabbed that there were lots of corners that didn’t have chocolate on them.  Once we got into the center of town there was as promised chocolate shops on every corner, we had to investigate at least a few of them right away.  The shops were had dazzling displays of a multitude of chocolates; they were usually mixed with fruits, nuts, or another sweet dessert like tiramisu.  It was interesting that there was a definite absence of dark chocolate and not much talk about cacao percentage, I know picky picky. 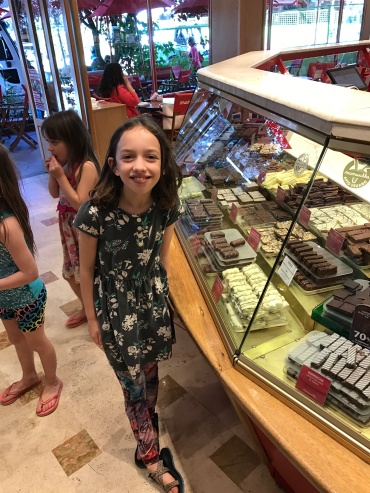 The town was located on a huge system of lakes that stretched for many kilometers into the mountains, the views were amazing.  There also seemed to be a Cerveceria or Brewery on every corner, lots of guilty pleasures to try.  We learned that the town is close to a ski hill just up the road so the area is an all year tourist mecca.  We settled into our Cabana which was owned by a nice Irish gentleman, how appropriate since St. Patrick’s day was only two days away.  We ate at home that night and enjoyed our terrace overlooking the lake, Que Rico. 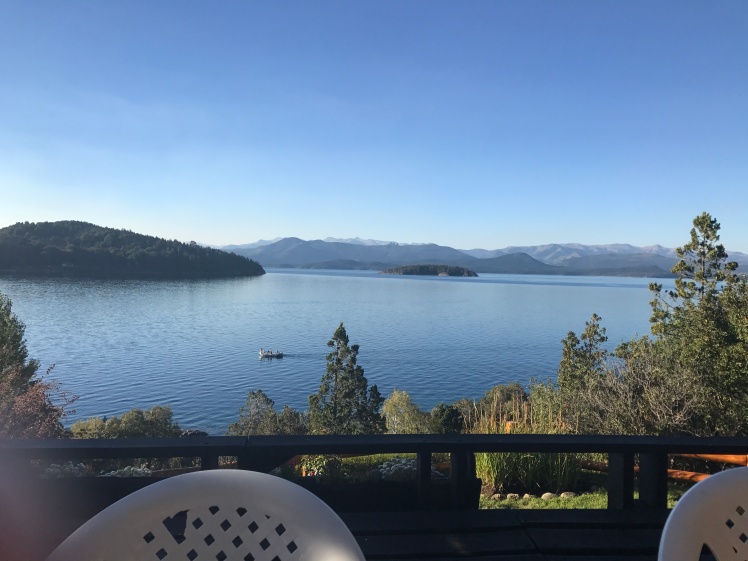 The next day num num blegh school (sewas in session in the morning and went up one of the telefericos to the top of cerro campanario one of the nearby mountains.  The views were spectacular with nearly 360 degree views of the lakes area.  I took a time lapse of the ride down the teleferico which is posted on our youtube channel here:

We ate our lunch and started on the Ruta Chica a paved road through a spectacular lakes area south of Bariloche.  We stopped at the Llao Llao harbor to inquire about a boat ride for my birthday, then headed on our way, the views were great including a fancy hotel that looked like it was out of the sound of music or something, lots of Alps/swiss influence.  The kids were getting a bit punchy being in the car so so long so we stopped at a dinosaur nature park.  We had a Spanish guide but between his poor English, my poor Spanish and my healthy knowledge of dinosaurs we had a good time.  Julie didn’t like the guide so she and Maddy left early.

We then decided that we would stop at the Berliner Cerveceria and have a pint and some fries before there was an insurrection from the back seat.  The place had bruschetta, fries, beers and a playground, something for everyone.

We ate dinner at home again and spent the evening back home on our porch overlooking the lake.