Our story begins on a beach, the 30th of January, and the sun was going down so it was the perfect time for baby turtles to swim into the ocean. It had to be this time because baby turtles can damage or even lose their eyesight from the sun. When it was sunset, our friends (and volunteers) came out of the turtle greenhouse. The greenhouse was to keep the temperature just right so that the turtles were 50% male 50% female, because the temperature of the sand determines the gender of the turtles, but I’m getting off topic. When our friends came out they had baskets of baby turtles! Wow, they were so cute we all immediately crowded around the fence they were in front of, as the volunteers gave a talk about how we were not allowed to touch the turtle because the oils on our hands are dangerous to them.

When the sun was going down we were allowed in the greenhouse so we could “adopt a nest” (which is donating to the organization so we could help a nest). We ended up picking nest 212 of Green Ridley Turtles, by the time we finished adopting our turtles it was almost time to let the babies go. As we were about to head down the beach I got handed the bucket of three baby turtles! They were so cute when I brought them to the water to go in the ocean and hopefully live a good life and come to the beach once again to lay their eggs. As the turtles inched their way to the ocean the waves kept pushing them back up the beach, we cheered them on anyway. We named them Ricky, Thunder, and Ranch. Ranch is the first to finally get swept out to sea but everyone else was not far behind. Once all the turtles were in the ocean we headed back into the RV, and then to bed. This was an amazing experience that I definitely loved and would recommend to anyone.

Our friends Brynn, Chris, Soren, and Ezra spent months volunteering with the turtle nursery. They gave a talk about the turtles. 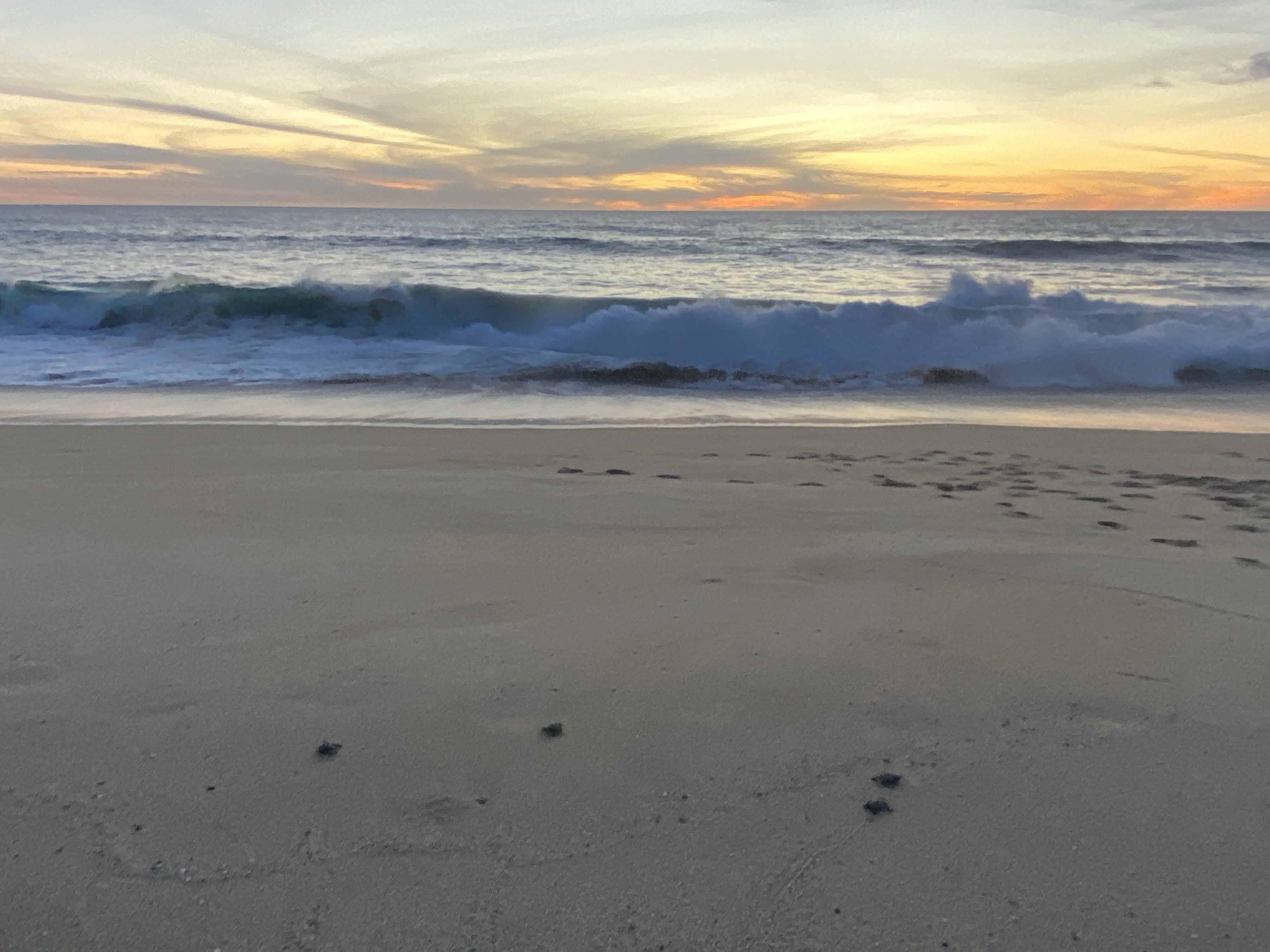 2 thoughts on “a baby turtle adventure”