With our visit to the lowland Mayan ruins completed we boarded a plane in Flores, the one hour flight was in a smaller propeller airplane with about 25 people on board.  We flew south into Guatemala City the capitol of the Guatemala and a city of 7 million people!!  The city was located in basin situated beneath two large volcanos.  The highlands of Guatemala are well known for their volcanos and earthquakes and there is a massive line of volcanoes that stretch from northern Guatemala down through Honduras and Costa Rica.  The sub-ducting Cocos plate is the engine for all the volcanic activity.  There are at least volcanos that were actively erupting during the time we were visiting.  It was recommended to us not to stay in the city but to head out of town to Antigua the old colonial capital of Guatemala.  We got picked up from the airport by a hired car and navigated our way through the narrow-convoluted streets of the capitol city; I was very happy to not be driving as it was chaos.  Once we exited the periphery of the city the landscape changed and we began climbing into the mountains and back into the jungle.

Antigua was very charming and was centered around an old Spanish colonial square with beautiful arching walkways leading to government buildings.  The city ceased being the capital after a large earthquake destroyed large portions of the city in 1773 and presumably was unable to function.  There are many baroque style churches and other beautiful architecture that remain from the cities past.  The city is a UNESCO world heritage site and they have great gelato as well. 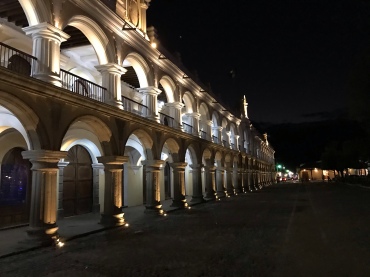 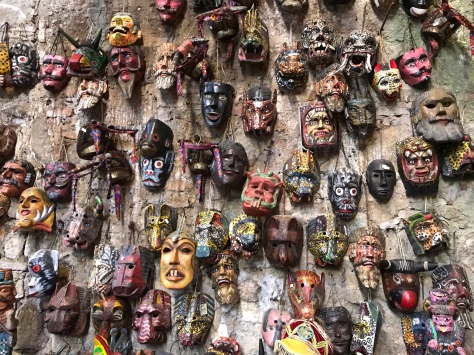 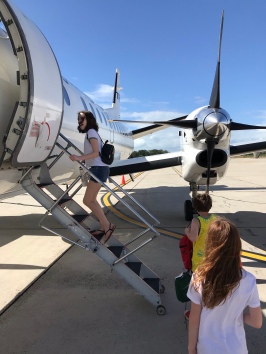