The mini bus ride from Luang Probang was amazingly beautiful, what wasn’t so great was the winding road through the mountains.  Everybody was car sick and nobody could do any school, I am sure that the kids were disappointed in that part.  The second half of the car ride was mercifully a bit straighter and we arrived without any problems, the driver was actually very safe.  We got dropped off outside of town, this seems like it is the process in Lao to squeeze a bit more money out of tourist by forcing everybody to get a tuk tuk ride from the outskirts of town instead of dropping everyone in town.

We checked into our hotel and got two huts right on the edge of a field with great views of limestone monoliths, for $50 a night for two hut, we definitely scored.  Although the wi-fi was only available near the front desk so that’s where our class room was located.

We walked into town for dinner and ran into British friends of our from the slow boat down the Mekong.  It seems there are quite a few travelers on this same travel circuit. That night I ended up talking to the owner of the establishment for a while in my search for wi-fi.  He was an irish guy who has been in the are for 20+ years or so and was lamenting the development that was occurring in the last few years.  It was fun to talk with him and get a feel for the town.

So anyway Van Vieng is known for it’s beauty and outdoors activities, it is located at the confluence of the Nam Song and the Nam Koang.  The surrounding mountains have massive cliffs of limestone, the tops of some are particularly interesting due to the weathering to dark purple.  There are lots of limestone cave and rock climbing to be done, none of which we part took in due to the kids.  We’ll just have to come back. 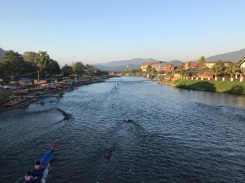 We did take an inner tube adventure down the Nam Song, unfortunately we didn’t bring our cameras and don’t have any pictures but it was about a three hour excursion with a stop in the middle to get refreshments and swing off a platform into the river.  I was surprised both Mimi and Caroline swung off the 15 foot platform into the river.  The second half of the trip was in the shade so we got a bit cold by the end and I also acquired some sort of swimmers itch from the river… Great.  I am glad that nobody else got it.

The next day we finished school and went swimming at a local hotel, yep we just walked in and sat by their fancy pool.  We had dinner by the river that night and our three days in Veng Vieng were up. 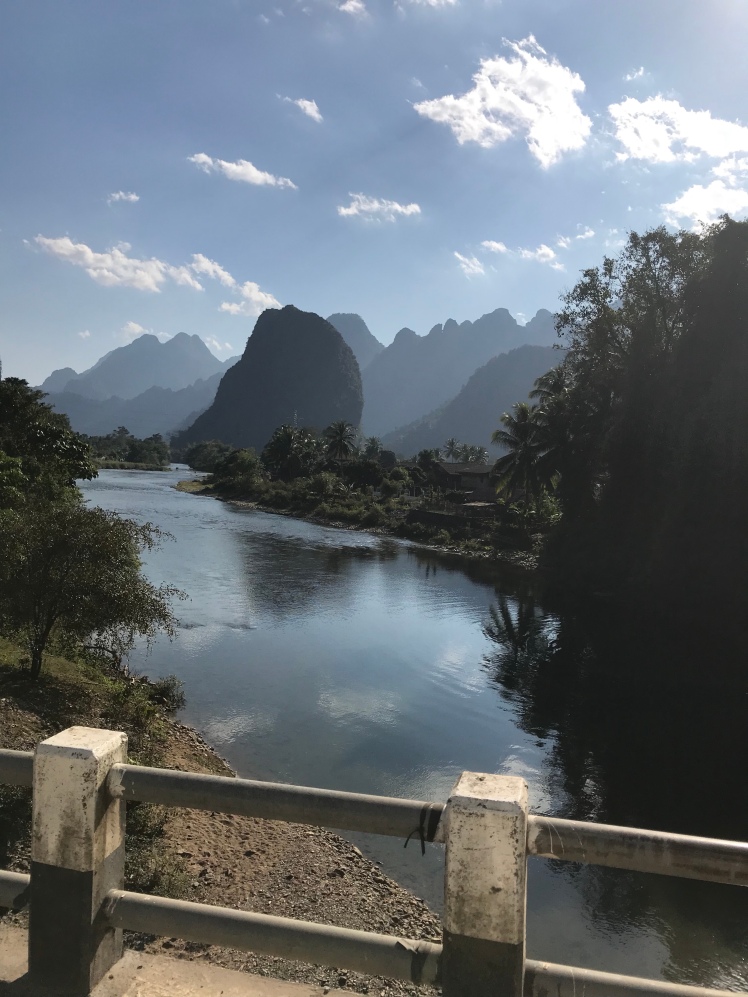 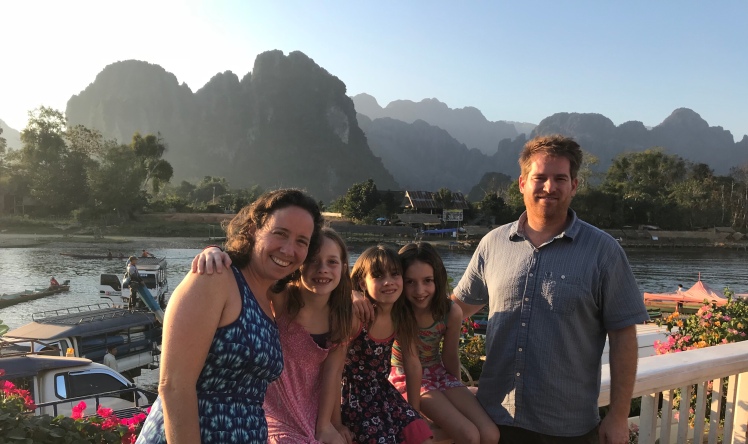 One thought on “Vang Vieng”