We departed from Salvador south but on an inland road toward Belo Horizonte (pronounced horizonch) the drive was expected to take two days to BH with a stop in an unscheduled location which turned out to be a very small town in mostly the middle of nowhere.  We grabbed a hotel some dinner, hamburgers of course and set off to bed.  As we were leaving we stopped at a large rock store outside with an immense amount of rough stones, we let the kids pick some and I got a bunch of neat specimens and it cost us less than $10… perfect!

We continued our ride with lots of happy customers.  We arrived in Belo Horizonte and stayed at our favorite chain hotel Ibis, cheap and clean.  We reduced our stay by one day in the city to get more time in Rio to relax so we only had one full day in BH and we took full advantage.  In the morning we ate breakfast and headed out to Praca da Liberdade and took in the beautiful sunny day, we found at great example of Oscar Niemeyer’s architecture in the square and I bored everyone with a review of his life and Brazilian history.  World schooling at it’s best!

We then stumbled onto an procession into a church and after wandering into the proceedings we discovered that it was a priest becoming ordained, it was a beautiful day and a beautiful church.

It was quite the We wandered down to Coreto do Parque Municipal and found an exercise park for the kids to run around on, the next best thing to a playground.  We then stumbled onto a carnival and gave everyone a couple of rides before moving on.  I even did the bumper cars with the kids!

That night we split up and Mimi and I did redhead sushi night, the kid can’t get enough while the brunettes did pizza.  The next day we left for Rio via Ouro Preto.

Ouro Preto noted as the “Paris of Brazil” is a very old town situated in the mountains with old churches and steep cobblestone streets. We started walking around but had major whines and had to stop for lunch #1 at 10:30am, I think these kids are eating more and at shorter intervals.  We toured a historic mint in the town and stumbled on another example of Oscar Niemeyer’s work, this one a bit 70’s  communist style. 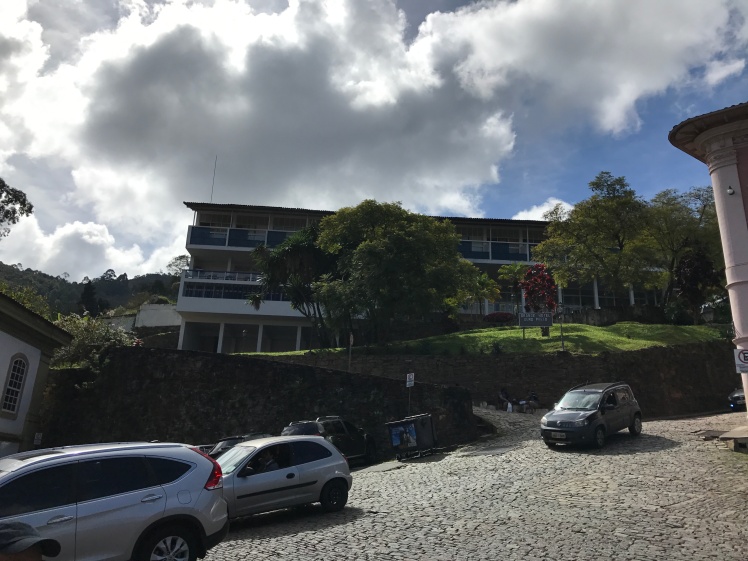 We zipped out of town and down out of the mountains for our last bit of driving of the trip!!  (I still need to drive the car to Montevideo)  We got stuck in massive traffic getting into Rio but we found our Airbnb in town located in the Santa Teresa neighborhood. 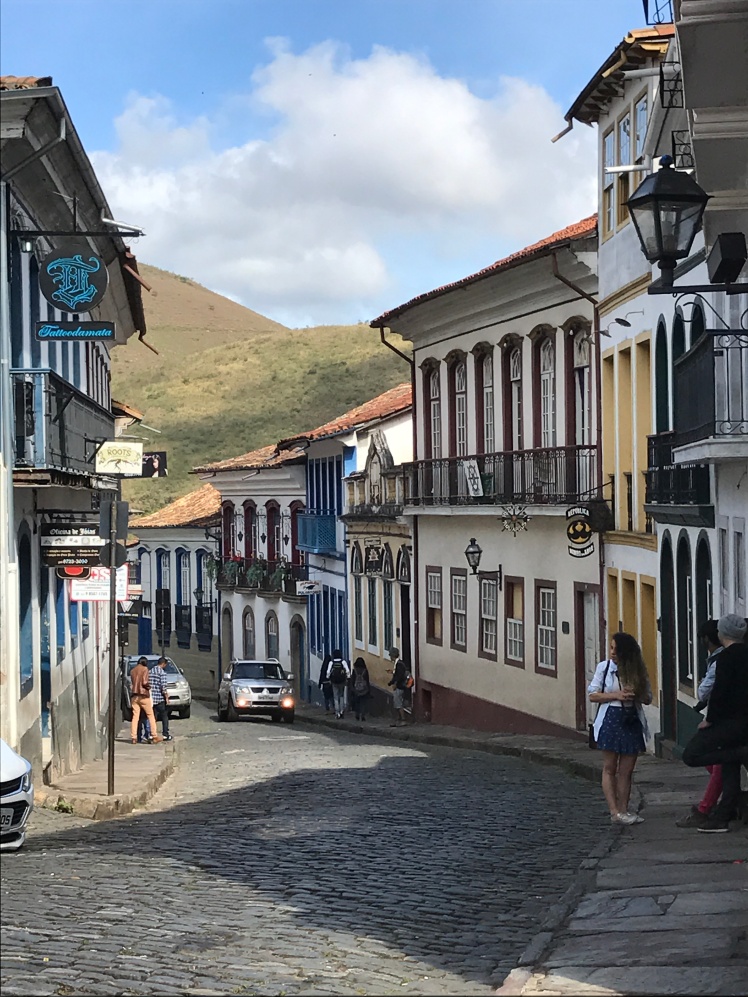