On Sunday we woke up late and went to downtown Santiago to the original area where the town was founded in 1541. The city was founded by the Spanish on a hill at the confluence of two rivers.  A castle still stands and the parliament is not too far away at the Plaza Des Armas.  We climbed the castle and then grabbed lunch at a French breakfast place. 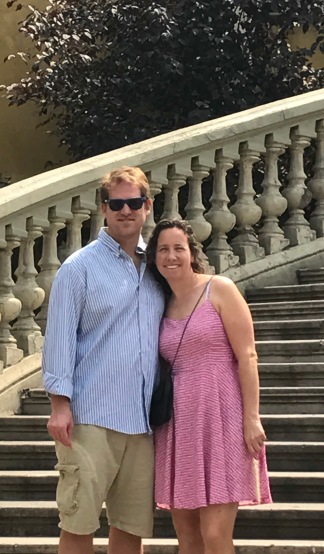 On Monday we decided the we couldn’t miss the tallest building in South America located in Santiago.  The kids were very excited even though smoke from the forest fires was very dense and we couldn’t see much of the mountains at all.  It was still a great view of the city and surrounding area.

Our last day we visited the Aracuar park near our hotel and had lunch.  The girls discovered a bird that was wounded and made a nest for it.  We then went to Kidzania which was a strange under ground world where kids can get jobs and do activities, it kind like a Disney imitation of the world but in Spanish and no rides or characters.  It was a bit over priced and the kids had trouble with the language barrier.

Anyway Santiago was great, but onto Colchagua valley and wine country.