Our time in Copacabana on the shores of lake Titicaca was a bit more mellow than expected given some illnesses and some rain. We didn’t make it out to Isla del Sol as planned, but we did catch up on some work and homeschooling. And we had some fun activities too.

On our last day we hiked up to Horca del Inca on a big hill near town. Mike and Julie were still feeling a bit sick to their stomach, and Caroline was tired so the three of them cut out early. Mimi was eager to hike, so she and I continued up to the top.

We couldn’t find the actual trail so we just scampered up the steep rocks until we were about 2/3 of the way up the mini-mountain. It was really fun and Mimi loved it. Both she and Julie are proving to be good little hiker/climbers this trip! Eventually we did find the trail and followed it up the rest of the way. The view from the top was gorgeous and there was some cool structures used by pre-Incan people for astronomical purposes. 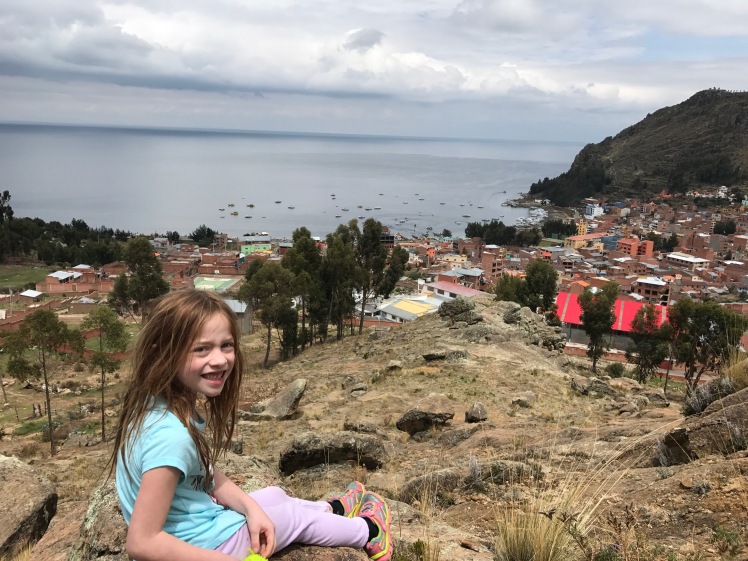 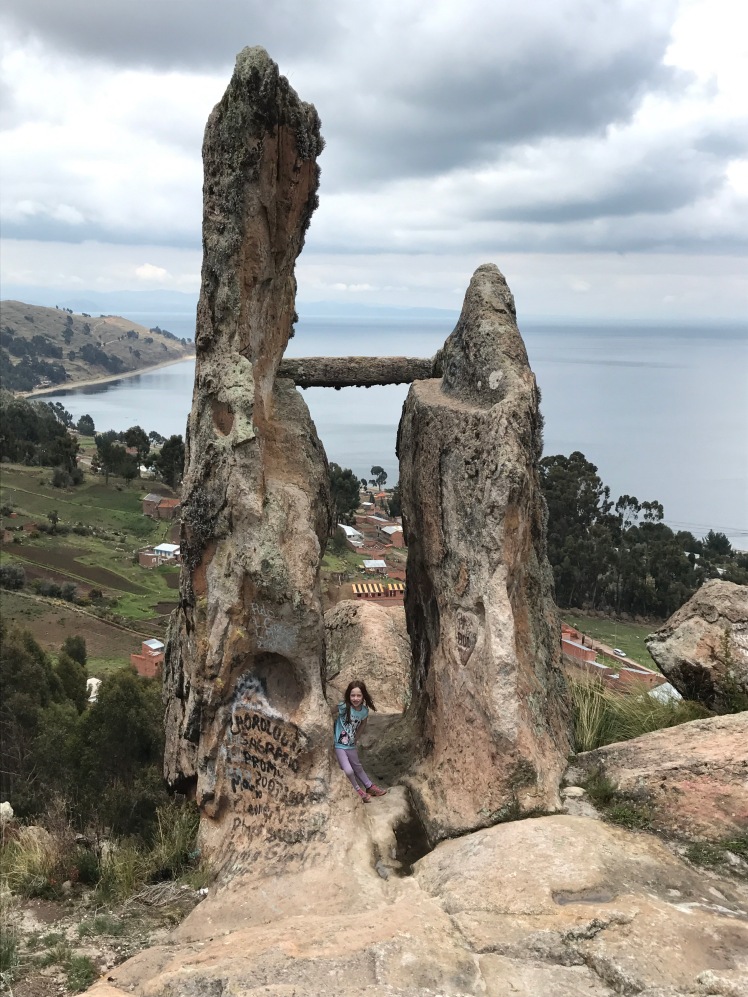 After that we meandered home and had some noodles for lunch (lots of starch in our diet these days- I’m hankering for a gigantic salad!)

The kids had been begging pretty much every waking moment since we got to Copacabana to go on these hamster wheel floaty things on the lake. We finally gave in and let them go. The girls and Mike went out, while I stayed on shore with our stuff. Apparently Caroline was too afraid to let Mike spin the wheel for them and spent a lot of time screaming (she’s our nervous nelly) so the twins said it was no fun and she “wrecked it” for them. They tried to talk us into going again but we weren’t up for that… oh well. I think they will look back and remember it as a fun time regardless. 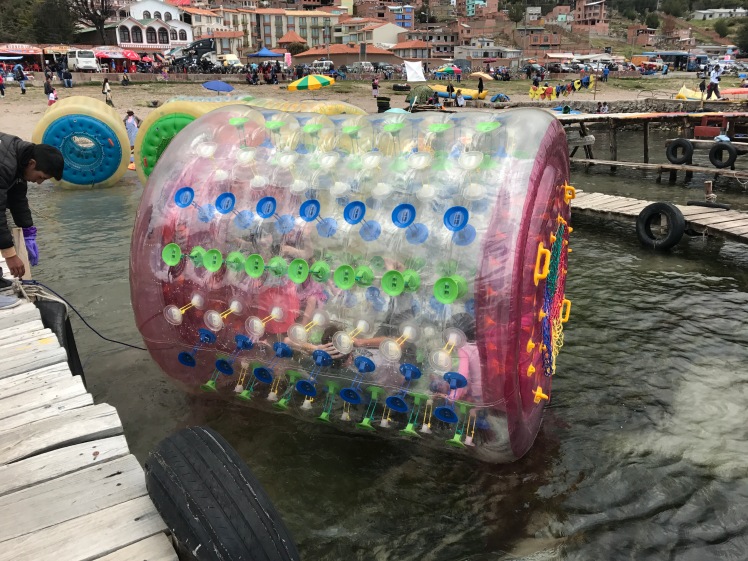 Later that afternoon Mike headed out to pick up our new minivan from the border. But that is another story entirely for him to tell….