At first Japan didn’t seem so different as we walked along the people movers in the airport; we were the only white people coming from Hong Kong to Japan but that would make sense right?  As we delved deeper into the country we noticed a few things; there is technology everywhere, the streets are immaculate, all rules are obeyed and people are incredibly polite.  Things are much more expensive too.  After a quick discussion we decided not to activate our JR (Japan Rail) Passes so as to have them for the final three weeks, so we grabbed a taxi toward our apartment rental for 4 days in Osaka.

We settled in after having no trouble finding our rental place in Osaka… the toilet and ordering food was another thing.  The fancy Japanese toilets are really a thing: a warm toilet seat, a retractable arm that sprays water up your %$$ with a push of a button, a sink on top of the toilet where you can wash your hands while refilling the tank and a myriad of other options at the push of a button.  It will hand you a cup of coffee and a magazine too… ok that one I made up.  I think we need one at home in Middleton.  We grabbed dinner and purchased 4 dishes and two beers out of a vending machine, the dishes were thankfully delivered by real people.  The girls didn’t take to the food but I enjoyed it, I think I ate everyone’s miso soup.  The girls are experts with chop sticks which is good, not a fork in sight.

The next day we finished our penultimate day of school, it was a bit of a struggle;  Caroline had the first final of her schooling.   From our apartment we saw a pink garbage truck that was playing what we would consider ice cream truck music. That was followed by a school letting out with girls and boys wearing ubiquitous yellow hats, the culture change is a bit surprising.  There are not that many people who speak English so our google translate is getting a workout.  The neighborhood we ended up is residential but 5 streets over there it gets a bit dodgy especially near the train station and a few more streets beyond that Maddy accidentally walked through a red light district.

After school Caroline and I went out for an adventure, we were looking for map stores and interesting antique stores in the Dotonbori neighborhood.  We met up with Maddy and the twins for dinner and ate at a merry go round sushi place.  You sit in front of a conveyor belt that constantly sends sushi around and you grab what you want.  It was tons of fun and the kids ate so much fish.  It will be good brain food for the last day of school. 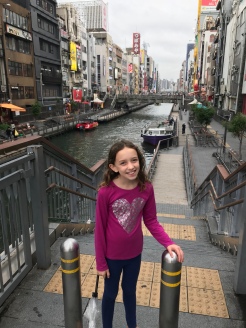 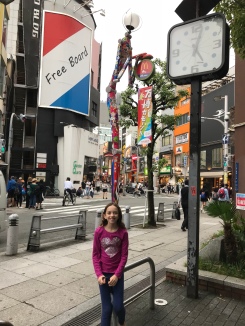 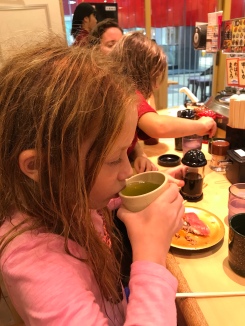 Our last day of school was not without arguments, cajoling and some fits, but we finished.  I am not sure who is happier about finishing the parents or the kids.  The kids were treated to McDonalds and slushies for finishing school.  The day was a beautiful 80 degrees and sunny so we headed over and toured the Osaka castle a massive fortress built in 1583, constructed with two moats.  We ate dinner at home, except I went out for some local dishes a bit later. 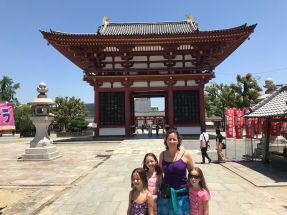 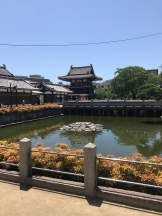 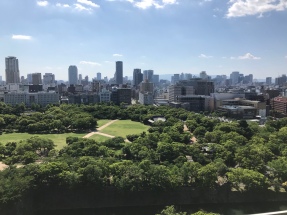 Our last day in Osaka we visited the Shitennoji buddhist temple.  We got a blessing at the entrance to the temple and then stopped at a water fountain and performed a purification ritual, most temples have a water feature where you can use the water to rinse your hands and drink a bit of water to purify your mouth.  We didn’t realize it was a purifying ritual at first so we poured it on the back of our necks to get cooled off.  The Shitennoji temple was originally built in 593 AD, but the pagoda was under construction so we didn’t get the iconic photos we were hopping for. 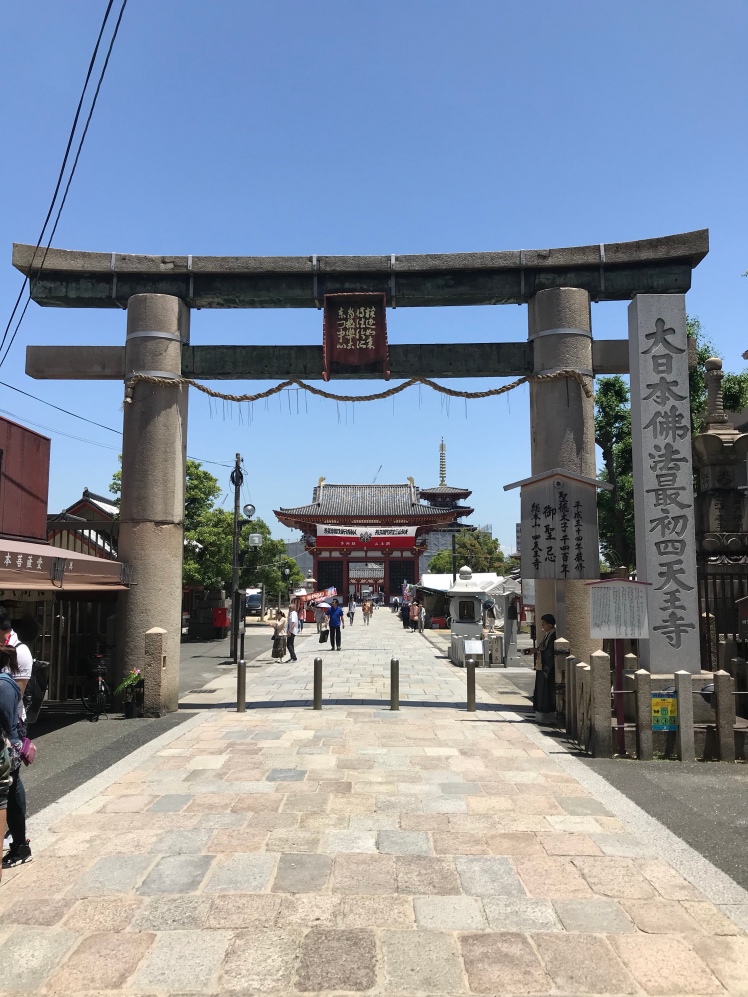 We walked home from the temple and wandered through a park that was a battle field site over a thousand years ago then crossed a beautiful bridge that lead to the Osaka museum of fine arts.  We did a quick tour and saw some beautiful water color landscape paintings (sorry no pictures allowed).  After that we headed home and relaxed before heading out to dinner.

When we tried to go out later for dinner Julie was having a bit of a fit, I think she was still unwinding from finishing school, so she stayed home with Maddy.  Mimi, C and I went for dinner, we are the sushi crew so when in Japan… We walked to the Tsutenkaku neighborhood and ate lots of Nigiri (a small bed of rice with sushimi on top) our favorite.  The neighborhood had a bunch of walking streets with lots of young people walking around with a big tower in the middle.  After dinner we headed home and the girls destroyed their school workbooks (see the video on my facebook page) before packing up for the train ride to Kyoto the next day. 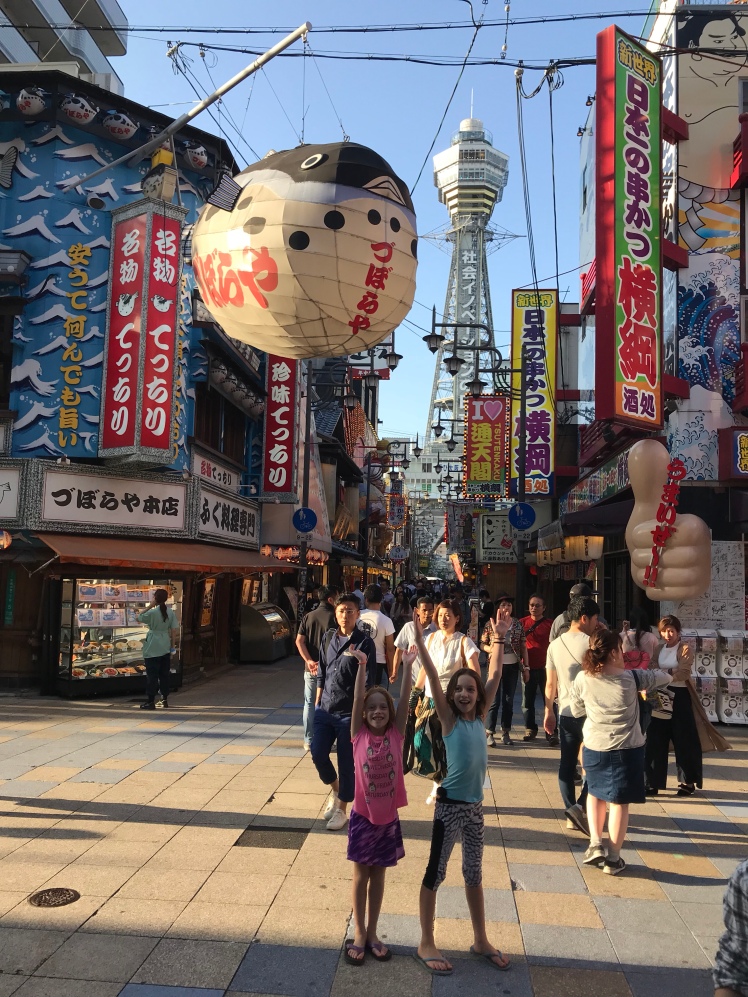 2 thoughts on “Japan and the End of Home School”