Our boarding process for getting on the ferry to Langkawi was a pretty drawn out, first we stood on the beach in the hot sun for what seemed like forever waiting for the passengers to disembark.  We then boarded one long boat to take us to a large ferry.  We had been told they typically have two long boats to bring people to the ferry and only had one that day so the process took at least an hour longer.  We were in the front of the line (we learned our lesson) and finally got on the boat and into air-conditioning as we waited for everyone else to get on board, but we finally got on our way to Malaysia and to our fifth country of the trip.

Langkawi is a large island with quite a bit of tourism, beautiful sandy beaches and lots of areas to watch the sunset.  I wish we had spent more than a day there, someone had advised us that it was very similar to the other islands along the Thai Coast but it seems a bit more affluent.  Our only activity on the island was to head to the Sky Cab a huge gondola or Teleferico depending on your country.  It took you to one of the highest points on the island with a huge sky bridge overlooking a massive untouched jungle.  The rocks were interesting as well, some of the oldest in the country with 550 million year old pre-Cambrian sandstone and conglomerates.  Langkawi is also the place where the Malaysian people are said to have originated from. 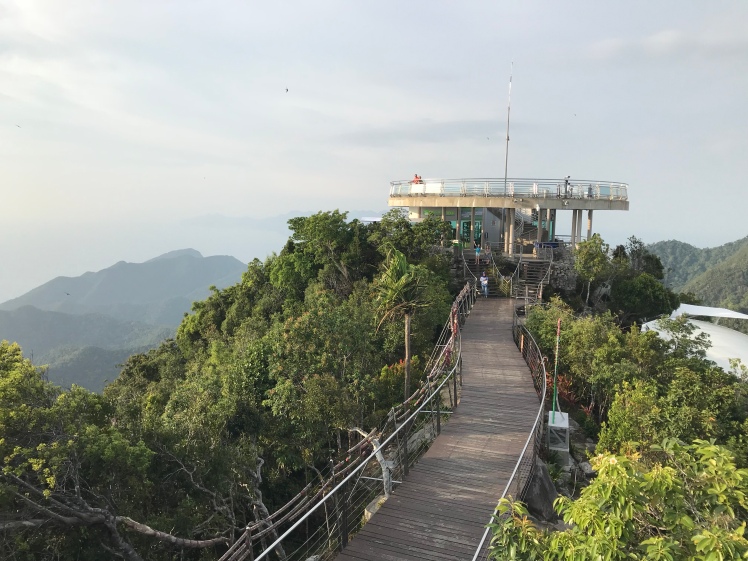 On our way home from the Sky Cab we took in a 3D art museum as well and encountering a water monitor at the bottom of the Sky Cab.  I would not have liked to be in the water with that lizard. 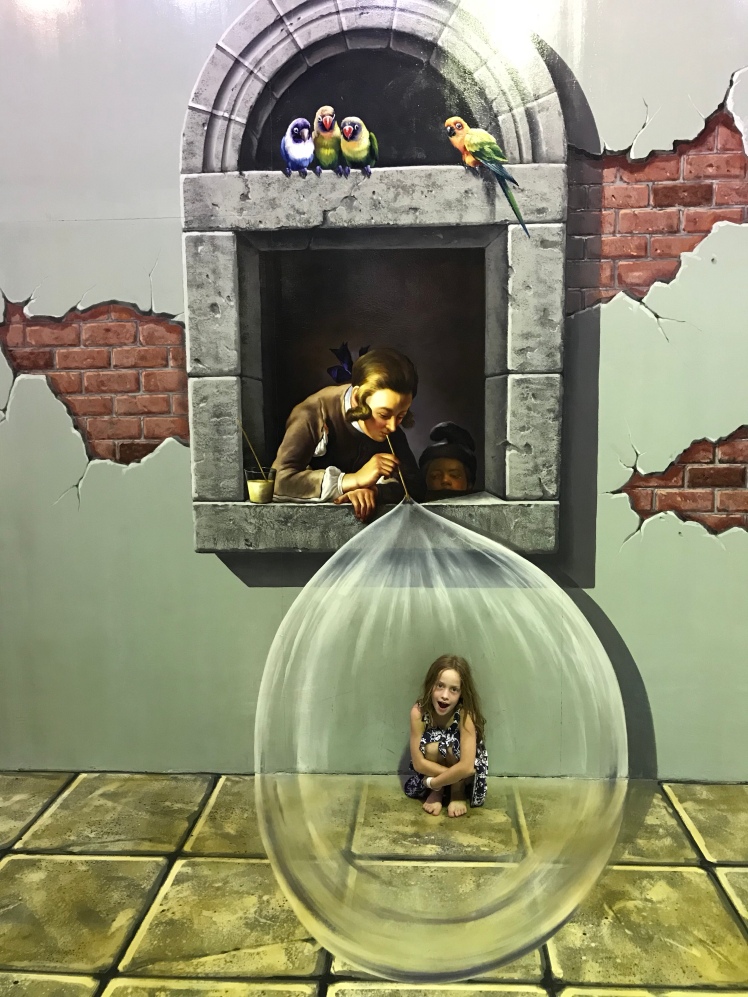 I would surely have like to spend more time on the island but we were heading to Penang to meet up with the Gallamoy’s so no dilly dallying.  The next morning we hopped on a jet to the island of Penang.

One thought on “Langkawi”