We arrived at our Airbnb on Thursday night, we met our host and he showed us around the house, we corralled the girls into bed before flopping into bed ourselves happy to be done with our longest drive.  We were staying in Lujan de Cuyo just south of the town of Mendoza but squarely in the middle of wine country.  We discovered that there is a triangle of area of land stretching from Mendoza down to San Carlos that was formed as a delta from the Rio Cacheuta and other rivers flowing out of the Andes in the area.  The soil is mostly pebbles and boulders and very low sediment or soil so they are good to starve the vinyards and force them to produce small grapes which have the best flavor. The best soils have a calcium carbonate building up on the gravels and cobbles that is precipitated from the river water flowing off the delta, presumably from limestone dissolved from high in the Andes.

On Friday I went out and picked up some groceries at the local market, lots of fruits veggies and steak, while the kids played in the pool.  In the afternoon we wound our way through town to pick up John at the airport on the north side.  It was great seeing family after such a long time on our trip, the kids were especially excited when they saw that John had brought us lots of new movies and other present like socks that we had sent him via amazon.com.  We fired up the argentine grill and roasted some steaks and enjoyed very much a celebratory dinner. 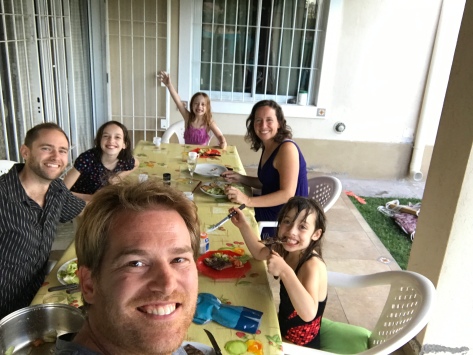 The next day was Saturday and we played in our postage stamp size pool that we had at our house before heading out in the afternoon for horseback riding in the foothill of the Andes.  The ride was great, we had four horses for the six of us with the twins riding along with someone.  Caroline was old enough to ride her own horse, we only did the one hour tour and were happy we did as we were a bit sore.  It was more fun than I had expected; everyone had a blast.  We enjoyed some scenery along the reservoir in the mountains before heading down the mountain to check out a winery.  We finally ended up tasting wine near our house at Bodega Weinert just down the street.  We grilled out again and spent the rest of the day lounging by the pool. 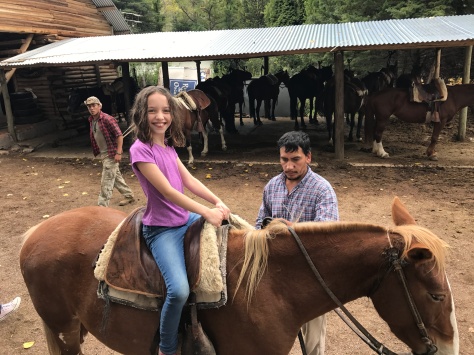 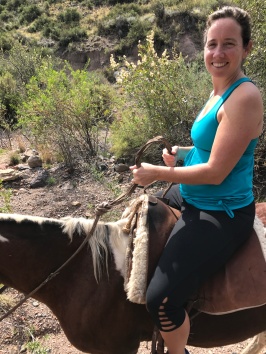 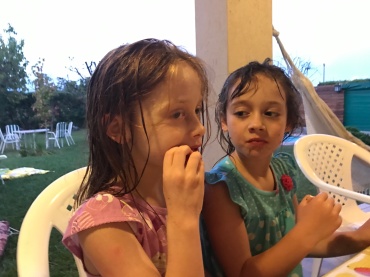 Sunday was our first full day for wine tasting, we starting out with Carinae a smaller boutique winery, they had very lovely wines made in the French style.  We met the owners and enjoyed the lack of pretentiousness.  We ended up spending too much time chatting and enjoying ourselves cause we were late to our tour at Trapiche the biggest winery in the region.  Actually it turned out pretty good because we cut out part of the tour so the kids didn’t whine so much.  We were able to taste some wines and skip the whines 😉.  Our last winery of the day was Terraze Altus which ended up being the longest wine tour ever, at least two hours, after playing on their ipads for the first part of the tour the kids came and found us and played hide and go seeking in the winery.  We were able to get a barrel tasting and lots of information about the making of their wines.   It was a great first day and we headed home with our heads full of wine knowledge. 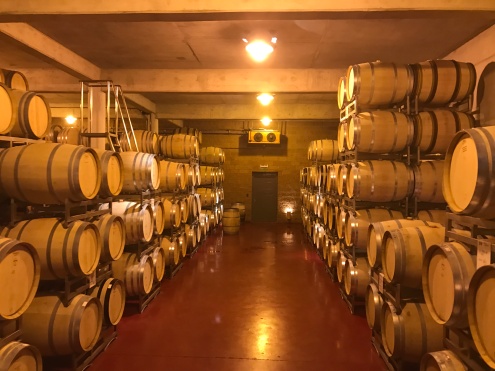 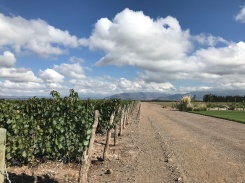